Would you like to switch to the accessible version of this site?

Don't need the accessible version of this site?

November Newsletter: What is a horse body condition score?

November Newsletter: What is a horse body condition score? 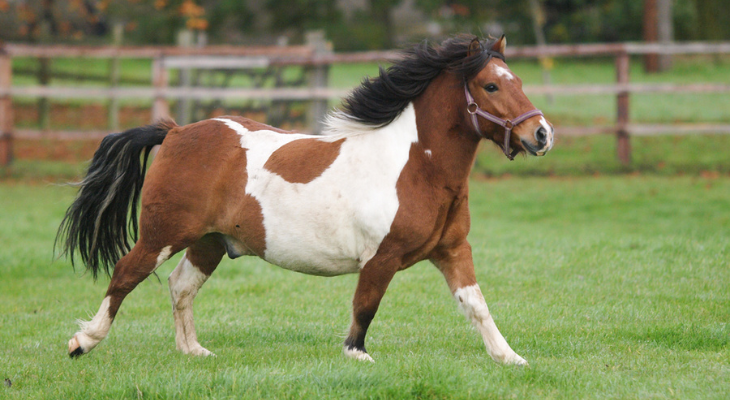 What Is a Horse Body Condition Score?

Worried that your horse is too fat or too thin? The horse body condition score offers a simple way to judge your horse's physique.

How Does the Body Condition Scoring System Work?

Don Henneke, Ph.D., created the scoring system in 1983 as a way to easily assess the amount of fat in six specific areas of your horse's body. Scoring involves observing and feeling fat in the ribs, back, tailhead, behind the shoulder, neck, and the withers. The Bureau of Land Management offers a handy chart for scoring body condition. The scoring system below comes from that chart.

1: The horse is extremely emaciated and in poor condition. The bones in the shoulders, ribs, back, neck, tailhead, and withers can be clearly seen. The horse has no fat deposits.

2. The horse is very thin, but not quite as emaciated. The ribs, tailhead, pin bone (rear of hips near the tail), and hook bone (forward areas of hips) are prominent, while the bone structure of the shoulders, neck, and withers is faintly noticeable. The bony ridge of the spine is covered by a slight layer of fat, although the bones are still noticeable. The transverse processes (the last three vertebrae in the spine) are rounded.

3. The horse is thin. Although there is a slight layer of fat over the ribs, the ribs can still be seen. The withers, neck, and shoulders are accentuated. The horse has a fat buildup halfway on the bones of the spine, but the bones are still noticeable. The transverse processes can't be felt. A thin horse has a prominent tailhead, although you won't be able to see each individual bone. The hook bones are rounded but can still be seen, while the pin bones aren't noticeable.

4. The horse is moderately thin. Fat may be felt on the tailhead, although that depends on the horse's conformation. The hook bones aren't noticeable. You'll be able to see a faint outline of the ribs. The shoulders, withers, and neck won't look obviously thin.

5. The horse has a moderate layer of fat. The shoulder blades and neck blend into the body. Although the ribs can be felt, they aren't prominent. The back is level, and the layer of fat around the tailhead feels a little spongy.

6. The horse's appearance is moderately fleshy. Spongy fat covers the ribs. Fat deposits are beginning to build up in the shoulder, neck, and withers. A layer of soft fat surrounds the tailhead. You may notice a groove down your horse's back.

7. The horse is fleshy. Fat deposits are obvious along the neck, withers, and shoulders. Although you can feel each rib, fat has begun to fill the spaces between the ribs. You may see a positive crease along the horse's back. A soft layer of fat is obvious around the tailhead.

8. The horse is fat. The neck is thick, while the withers and shoulders are filled with fat. It's not easy to feel the horse's ribs. A positive crease on the back and layers of very soft fat around the tailhead may also be felt.

9. The horse is extremely fat. You'll see patchy fat over the ribs and bulging fat over the neck, shoulders, tailhead, and withers. Extremely fat horses have noticeable creases on the back and fatty flanks.

What's the Ideal Score for Horses?

The ideal score for your horse depends on the activity level, season, food availability, reproductive level, dental problems, and parasites, according to the University of Tennessee Extension. Although each horse may have a slightly different level of fat and still be healthy, the Iowa State University Extension and Outreach categorizes horses with scores of three or lower as underweight, four to six as moderate, seven as overweight, and eight and higher as obese.

Have a question or concern about your horse's condition? Let us know how we can help.

University of Kentucky Department of Animal and Food Sciences: Help! My Horse Is Too Fat!

Based out of Deeth, NV

We look forward to hearing from you